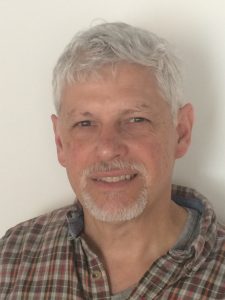 Alfred Nicol’s most recent publication is a collaboration with the beloved poet Rhina P. Espaillat, titled Brief Accident of Light: Poems of Newburyport, from Kelsay Books (2019). The book features illustrations by Kate Sullivan.

Nicol’s third full-length book of poetry, Animal Psalms, was published in March, 2016 by Able Muse Press. Designed and meticulously edited by Alex Pepple, the book has received glowing recommendations from several of our finest contemporary poets, including David Ferry, winner of the 2012 National Book Award, who wrote, “Dear reader, I’ve fallen in love with this book, and that will happen to you too.”

Nicol’s previous collection, Elegy for Everyone, published in 2009, was chosen for the first Anita Dorn Memorial Prize as “a work of complex vision and stylistic mastery.” He received the 2004 Richard Wilbur Award for an earlier volume, Winter Light, of which Jay Parini, biographer of Robert Frost, said, “This is certainly among the finest new volumes of poetry I have read in years.”

Alfred Nicol has written the lyrics for nine original compositions by classical/flamenco guitarist John Tavano. The CD, released in January 2015, is titled The Subtle Thread.

In 2011 Nicol contributed a sequence of dream-notations to a book of images created by his sister, the artist Elise Nicol: the collaboration is titled Second Hand Second Mind. In 2009 Nicol, Tavano and poet Rhina Espaillat recorded the CD Melopoeia (poetry recited with musical accompaniment). A second CD of melopoeia, titled Passages, came out in 2018.

Nicol’s poems have appeared in Poetry, The New England Review, Dark Horse, Commonweal, The Formalist, The Hopkins Review, and other literary journals, as well as in Contemporary Poetry of New England and other anthologies.

Nicol’s poem “Addendum” was included in the 2018 edition of Best American Poetry.